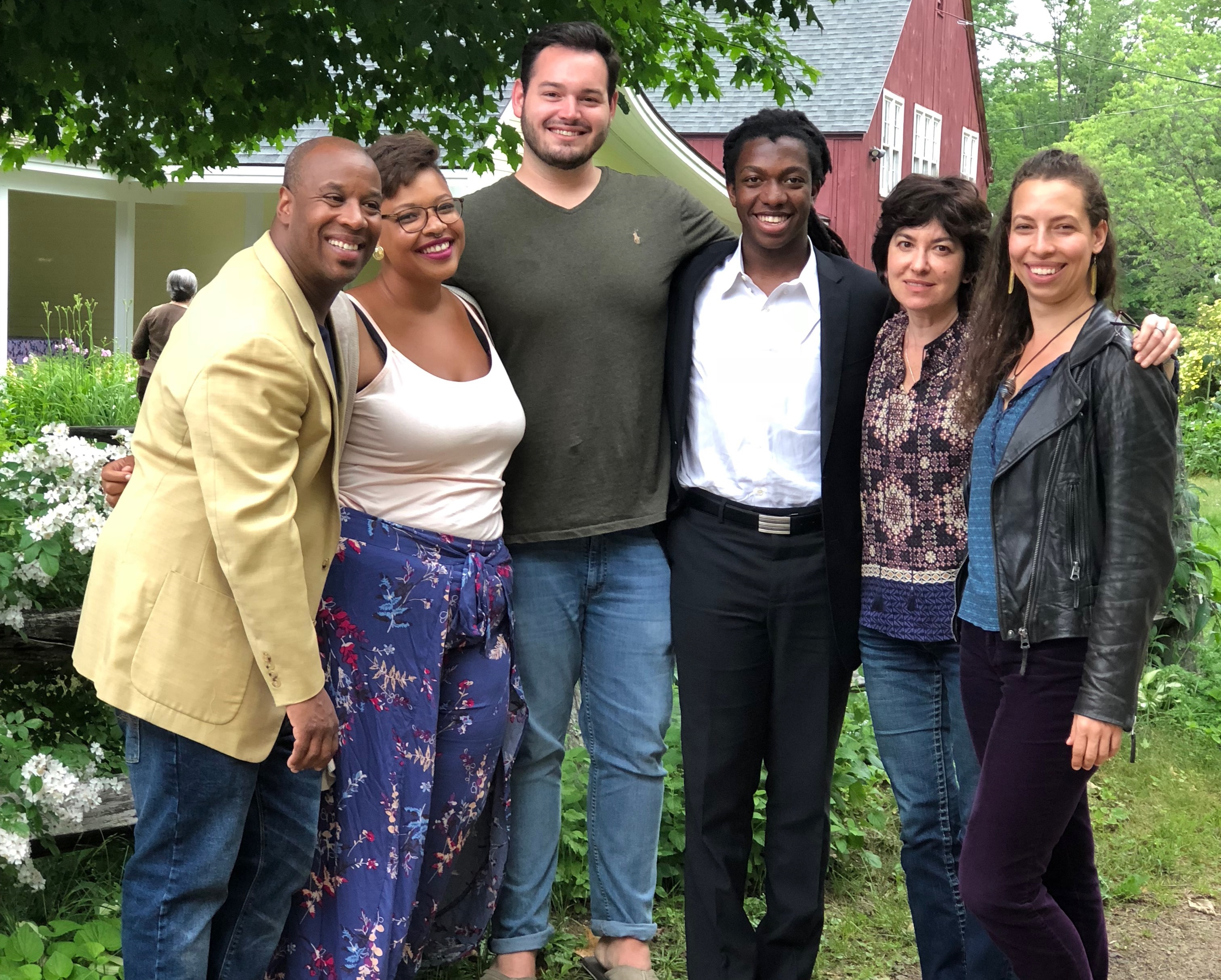 Central to Apple Hill is Playing for Peace, our guiding philosophy of creating community and fostering artistic growth through chamber music. Playing for Peace was founded in 1988 to assemble musicians from areas in political conflict to play chamber music together. Over the span of 30 years, the program has grown to include many other communities that are underrepresented in classical music, separated by racial or ethnic discord, or experiencing inequality based on gender, orientation, religion, age, and playing level. Our teaching philosophy focuses on the skills of chamber music–watching, listening, sensitivity, flexibility, and adjusting–the very same skills we all need to work and function effectively in the world. Everyone learns not only to play music, but also to communicate, connect with, and trust each other in ways that may not be possible in their home communities. 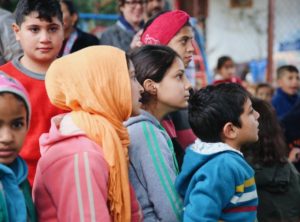 Children at a Syrian refugee camp in Lebanon listen to a performance by the Apple Hill String Quartet and Kinan Azmeh.

Because Apple Hill is alive with people from all over the word doing a task together, our chamber music is not just an artistic, academic, or technical pursuit, but a powerful catalyst for connection.

In order for Apple Hill to ensure diversity and acceptance, we have formed partnerships with similar music programs and institutions around the world. These include embassies, universities, schools, conservatories, and youth orchestras in many countries, as well as organizations that reflect the racial and ethnic diversity of our U.S. communities such as Project STEP in Boston; Dallas Young Strings in Dallas, Texas; Community MusicWorks in Providence; the Juilliard MAPS program in New York City; Burncoat High School in Worcester; and schools in San Francisco, Los Angeles, Baltimore, Washington D.C., and Memphis. Through scholarship programs with these organizations, students who would otherwise not have access are able to attend Apple Hill’s Summer Workshop.

Students arrive to Apple Hill from New Hampshire, many U.S. cities and states, and around the world to work with one another in an atmosphere that promotes diversity, creativity, and understanding through excellence in music. 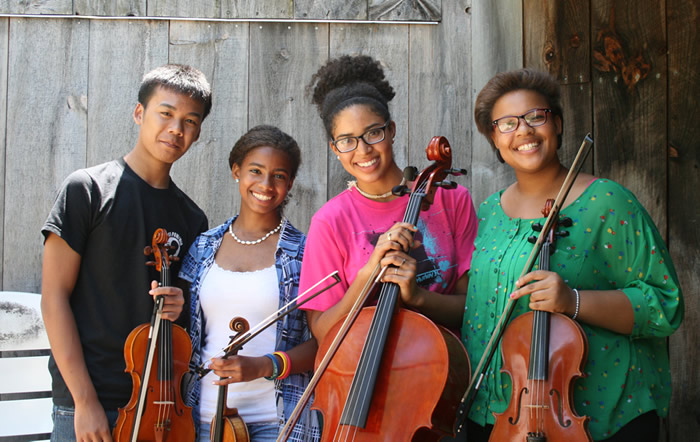 
Join the Playing for Peace Society.

“Apple Hill has played and continues to play such an important part in my life, as a professional musician, as a teacher, as a human being.”
-Beste Tiknaz Modiri, Apple Hill summer participant, professor at Istanbul University Conservatory, and violist with the Borusan Istanbul Philharmonic Orchestra

“I definitely know that my life as a musician and as a teacher would have been very different if I had not been involved with Apple Hill.”
-Reem Abu Rahmeh, Apple Hill participant and student at Keene State, teacher and music department head at King's Academy in Amman, Jordan

“I’ve made life-long friendships with people from all over the world…how is that possible in two weeks?”
-Sinem Sadrazam, Apple Hill participant and viola faculty at Eastern Mediterranean University in Cyprus

“Everything about Apple Hill that influenced my life now influences this school where I am."
-Lena Nemirovsky-Wiskind, Apple Hill participant and piano faculty, director of the Jerusalem Conservatory Hassadna