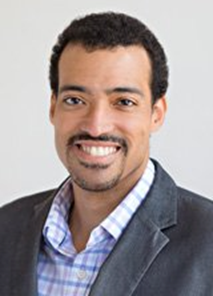 Chris Jenkins, Associate Dean for Academic Support at Oberlin Conservatory, is an administrator, performing violist, and educator. He was Deputy Director and professor of viola and violin at the Barenboim-Said Foundation in Ramallah, West Bank, from 2013–14, and served as Dean of the Sphinx Performance Academy (SPA), the Sphinx Organization’s summer music program for minority youth, for seven years. A third-place laureate of the Sphinx Competition, he was awarded Sphinx’s Sanford Allen Award for his leadership of SPA. He has performed with the New York Philharmonic, St. Louis Symphony, and in Broadway productions such as Les Miserables, Lion King, and Phantom of the Opera.

In 2011, Mr. Jenkins earned a master’s degree from the School of International and Public Affairs at Columbia University, focusing on the study of human rights and conflict resolution. His international engagement has included performances and teaching in Palestine, Jordan, Lebanon, Pakistan, Israel, China, Colombia, and South Africa, including a performance with the Jordan National Symphony at the World Heritage Site of Petra in 2016, and an appearance as guest artist at the Afghan National Institute of Music in Kabul, Afghanistan in 2017. This fall, Mr. Jenkins begins a DMA program in viola performance at the Cleveland Institute of Music.