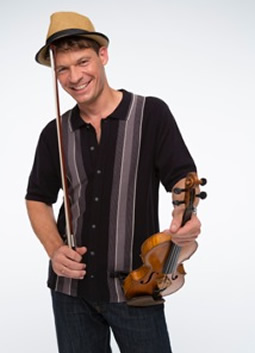 As a soloist and chamber musician, Mr. Stefanovic has won many first prizes in local and national competitions in Yugoslavia. He has performed numerous times as a soloist with the Baltimore Symphony Orchestra, the Symphony Orchestra of Radio and TV Belgrade and the Baltimore Chamber Orchestra. He has made live recordings for Radio and TV Belgrade, Radio Yugoslavia and WCLV in Cleveland, in
addition to numerous solo and chamber music recitals in Yugoslavia, Spain, and the United States.

Some of the reviews of his performances include:
“The surprise star was Stefanovic…breathtaking agility”-Portland Press Herald (Maine)”
“Deftly virtuosic and musically compelling”-Cleveland Plain Dealer”
“Golden tone and tender phrasing; Considerable technical flair”- The Baltimore Sun

Mr. Stefanovic is Principal Second Violin of the Baltimore Chamber Orchestra, a baroque violinist in Pro Musica Rara, and a co-founder and co-Artistic Director of “Chamber Music by Candlelight,” a series featuring BSO members. He is a violin teacher and chamber music coach, and conducts orchestra sectionals, at both the Preparatory Department of the Peabody Conservatory of Music and Baltimore
School for the Arts. He has conducted master classes in the United States and Japan, and is a member of the Clipper Mill Quartet. At the invitations of their respective Music Directors, Ivan has served numerous times as Guest Concertmaster with Ft. Wayne Philharmonic and Symphony Orchestra Augusta (GA). He has served on the faculty as a coach and a conductor at Apple Hill Center for Chamber Music,
Peabody Utah Summer Music Festival and School, and Peabody Chamber Week. He was chosen to be a member of the All-Star Orchestra in a PBS taping in August of 2014.