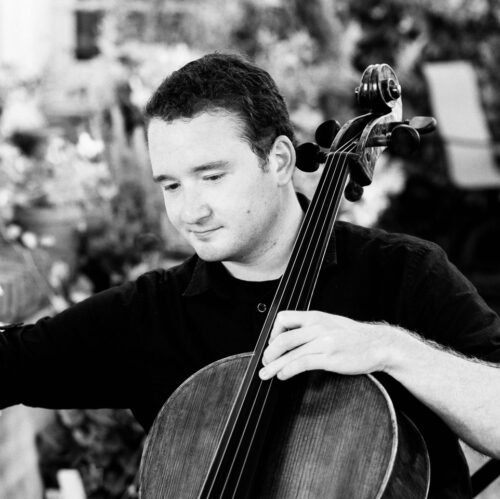 A believer in music as a vehicle for social change, cellist Jacob MacKay is involved with diverse teaching and performance projects that bring classical music to new audiences and spotlight underrepresented communities.  In 2018, he collaborated with the Silk Road Ensemble, presenting Kayhan Kalhor’s Silent City at the inaugural event for the Boniuk Center for Religious Tolerance in Houston.  Jacob performed the Brahms String Sextet in B-flat major at the Kennedy Center as part of the Millennium Stage’s 2019 Conservatory Project.  He also worked with the Apple Hill String Quartet to present the 2018 East Coast premiere of Mike Kelley’s Five Animal Stories for String Octet, based on Armenian folk stories.  In 2016, Jacob graduated Summa Cum Laude from Brandeis University with degrees in Environmental Studies and Cello Performance.  He was awarded a four-year Leonard Bernstein Music Fellowship and was a recipient of the Coffey Award for “excellence in the performance of music” and the Fisher Prize for “extraordinary achievement in the creative arts.”  In 2019, Jacob received a master’s degree in Cello Performance from Rice University’s Shepherd School of Music, having studied with Norman Fischer.  He is now the Resident Cellist and Education Director at the Newport String Project, and serves on the faculty of Salve Regina University, St. George’s School, and the Rhode Island Philharmonic Music School.  He is also a member of the New Bedford Symphony and performs regularly with the Eastern Connecticut Symphony and the Rhode Island Philharmonic.