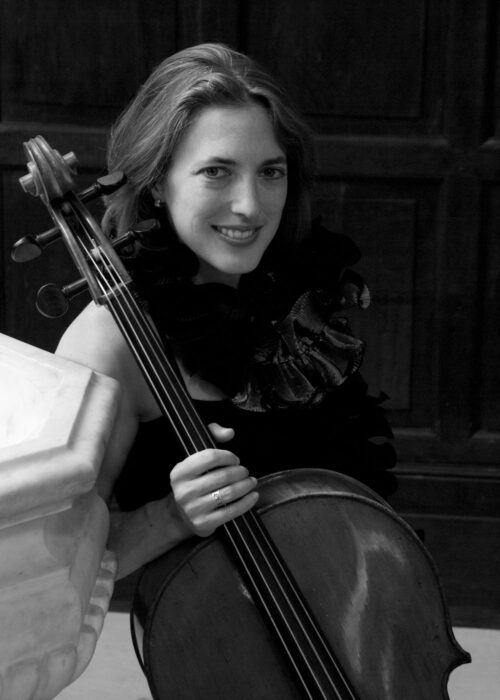 Jennifer Morsches enjoys an international career as a versatile cellist, acclaimed for playing with “intelligence and pathos” (The Strad) and a “fine mixture of elegance and gutsiness” (Gramophone). Especially inclined towards historical performance, she is the principal cellist of Florilegium since 2000, with whom she performs around the globe and has recorded multiple award-winning discs for Channel Classics Records. She is Co-Artistic Director of Sarasa Ensemble, based in Cambridge, MA, highly acknowledged for its outreach in youth detention centres in the Boston Metropolitan Area. World premieres of chamber music include pieces by Julian Grant, David Matthews, Michael Wolpe and Ben Zion Orgad. She is a founding member of Richter Ensemble, tracing and focussing on the interdependence of today’s music with the past. Their first CD, Vienna 1905-1910: Schoenberg, Webern & Berg was released on Passacaille Records in November 2020.

A long-time member of the Orchestra of the Age of Enlightenment, Les Siècles and Orchestre des Champs-Élysées, she has toured and recorded with eminent artists such as Sir Simon Rattle, Sir András Schiff, Vladimir Jurowski, Sir Roger Norrington, Dame Emma Kirkby, Sir Michael Chance, David Zinman, François-Xavier Roth, and Philippe Herreweghe. Jennifer graduated Phi Beta Kappa, magna cum laude, First Group Scholar from Smith College with degrees in Music History and German Literature, and was awarded the Ernst Wallfisch Prize in Music. She received her Master’s and Doctorate in Cello Performance as a scholarship student of Timothy Eddy at the Mannes College of Music and SUNY at Stony Brook in New York. Recipient of the CD Jackson Prize for outstanding merit and contribution at Tanglewood, she was featured on Wynton Marsalis’s educational music videos with Yo-Yo Ma. Awarded a Finzi Travel Scholarship and residency at the Cité Internationale des Arts (Paris), Jennifer continues to focus research on the ambiguous history of the five-string piccolo cello.