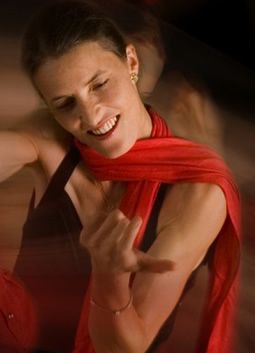 Violist Kate Vincent is originally from Perth, Western Australia.  Her solo playing was recently described as having “vivid color and palpable verve” (Fanfare Magazine). Currently a resident of Los Angeles, she continues to maintain a presence in Boston as Artistic/Executive Director and violist of Firebird Ensemble. Ms. Vincent has served as Principal and Associate Principal Violist with numerous East Coast ensembles including Boston Modern Orchestra Project (1999-present), Opera Boston (2003-2011) Emmanuel Music, Opera Aperta and Opera Unlimited. As a guest artist, Ms. Vincent has appeared with the Apple Hill Chamber Players, Alea 3, Chameleon Ensemble, Callithumpian Consort, Dinosaur Annex, the Fromm Foundation players at Harvard, Quartet X, Winsor Music, the Aurea Ensemble and on Emmanuel Music’s Chamber Series. On the West Coast she performs regularly with the Los Angeles Opera and has also performed with the Eclipse Quartet, on the Dilijan Chamber Music Series, with the Los Angeles Chamber Orchestra and on the Monday Evening Concert Series. Ms. Vincent has toured extensively throughout Australia, Canada, Germany, Holland, Russia and the United States and has recorded for labels such as New World Records, BMOP sound, Tzadik, Oxingale and Steeplechase. Between 2006-2012, Ms. Vincent was a member of the faculty at the Bard/Longy School of Music as co-director of the new music ensemble, Longitude. She holds two Masters Degrees from New England Conservatory of Music. For more information about Firebird Ensemble please visit: www.firebirdensemble.org