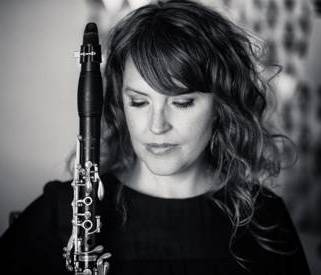 Clarinetist Rane Moore enjoys a very active performing schedule at home and abroad. Well-regarded for her thoughtful, provocative interpretations of standard and cutting edge contemporary repertoire, she is fiercely devoted to the music communities of the East Coast. As a member of Callithumpian Consort, Talea Ensemble, and Sound Icon, she has given numerous premieres of new works at major festivals around the world. She is also a regularly invited collaborator with the Boston Musica Viva, International Contemporary Ensemble, Firebird Ensemble, Ludovico Ensemble, East Coast Contemporary Ensemble, Brave New Works, Guerilla Opera, Collage New Music, Hyperion Ensemble, and the Bang on a Can All-Stars.  She is a frequent guest with Boston-based chamber music groups Raduis Ensemble and Vento Chiaro as well as the Orchestra of Emmanuel Music, Boston Modern Orchestra Project, and the Boston Ballet Orchestra.