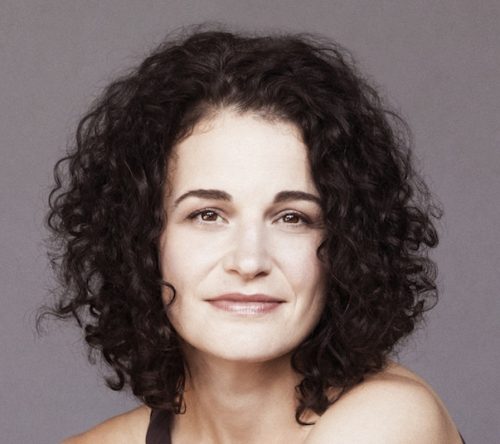 Praised for her “beautiful tone and nuanced phrasing” (Boston Musical Intelligencer), violinist and Apple Hill Summer Chamber Music Workshop 2019 faculty Rebecca Fischer is sought after as a highly expressive, intuitive performer. Quickly garnering attention for her compelling programs of solo violin works, she has recently performed solo concerts on Columbia University’s Miller Theater Pop-Up series featuring recent works written by American women, and at The Stone, an evening of music by composer Paola Prestini and the world premiere of Mathew Fuerst’s “Apple Silence” for singing violinist. As concertmaster of Baroklyn, an ensemble run by pianist Simone Dinnerstein and specializing in the music of Bach, she performs several Bach concerti in the 2019-20 season. Ms. Fischer’s chamber music and orchestral appearances take her from to Houston to Philadelphia, from Washington D.C. to California.

First-violinist of the Chiara Quartet for eighteen years until the group’s final season in 2018, Ms. Fischer recorded and performed numerous works by heart, held residencies at the Metropolitan Museum of Art and Harvard University, premiered over thirty major new works by composers such as Philip Glass and Gabriela Lena Frank, and was awarded the Chamber Music America/ASCAP Award for Adventurous Programming. Performance highlights include the complete Bartók Quartets by heart at Chicago’s Ravinia Festival, several complete Beethoven quartet cycles, US tours of clubs and bars under the tagline “Chamber Music in Any Chamber,” and collaborations with such artists as The Juilliard and Saint Lawrence Quartets, Roger Tapping, Robert Levin, Simone Dinnerstein, and the electronic duo Matmos. Ms. Fischer has recorded for Azica Records (the complete string quartets of Brahms and Bartók) and New Amsterdam Records (the string quartets of Jefferson Friedman, a Grammy-nominated album).

Ms. Fischer is a member of The Afield, a multidisciplinary collaboration with visual artist/writer Anthony Hawley combining new and original compositions for violin, voice, and electronics with video and other media. The Afield has performed at the Harare International Festival of the Arts in Zimbabwe, Brooklyn’s National Sawdust, Boston University, KANEKO in Omaha, and elsewhere, premiering works by Augusta Read Thomas, Lisa Bielawa, Paola Prestini, Nico Muhly, Pierre Jalbert, Mathew Fuerst and Byron Au Yong, among others. In 2017 The Afield launched The Afield School, an artist-led, mobile, pop-up arts experience serving and inspiring the larger community. In 2019 The Afield debuts “Practice-Bo-Bactice,” a video series about the in-and-outs of artistic practice featuring innovative artists spanning many artistic disciplines.

Committed to the empowerment of musicians and artists of all kinds, Ms. Fischer is a passionate violin teacher, chamber music coach, consultant, and speaker. She has given masterclasses and run workshops at Carnegie Hall, the Eastman School, Rice University, Seoul National University, the University of Michigan, and San Francisco Conservatory, among others, and she served for over a decade on the faculty of the University of Nebraska-Lincoln. She is currently teaching violin and chamber music at the Mannes School of Music and at Greenwood Music Camp. Ms. Fischer holds degrees from Columbia University (B.A.) and The Juilliard School (M.M., A.D.), and her writing on artistry and creativity has been published in Strings Magazine, on the SHAR Music blog, and on her own website: rebeccafischerviolin.com.