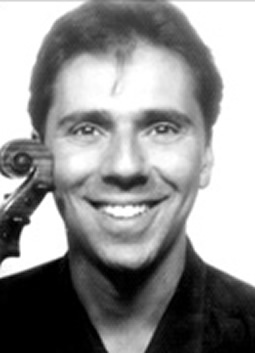 Rohan Gregory, violin, a native of Keene, New Hampshire, and a longtime participant at Apple Hill, is a founding member of the internationally renowned Arden String Quartet, praised in the New York Times as “vivid, strong and colorful.” When not in the Boston area to perform with the Boston Lyric Opera, the New England String Ensemble, or the Boston Modern Orchestra Project, Rohan may be found on tour in Europe with The Klezmatics, in Thailand with flute player Abbie Rabinowitz, or in India with the Indo Jazz Fusion group Natraj.